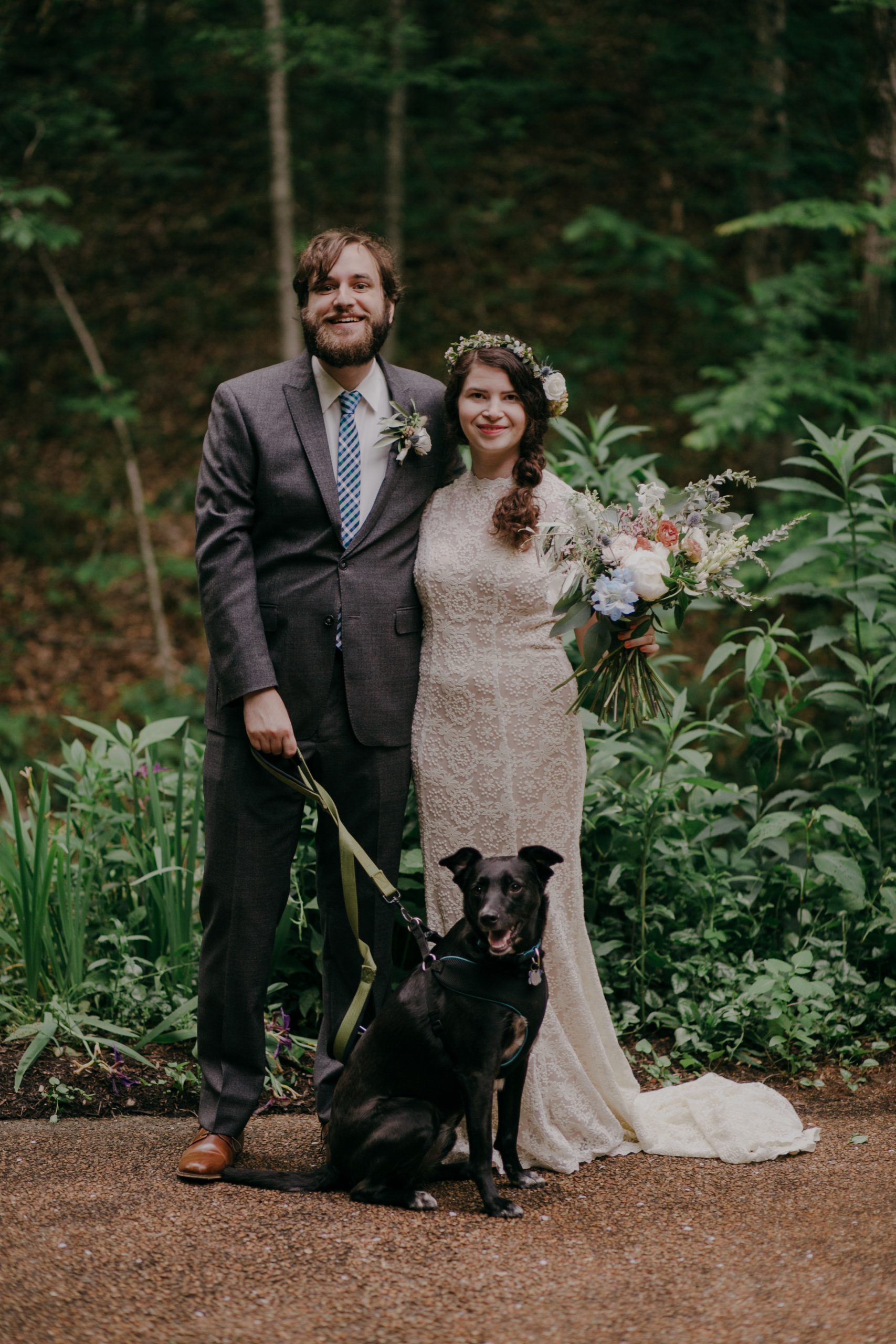 From their wedding pictures, it’s clear to see the wonderful people Sam and Jesse are, laid-back, cheerful and adventurous lovers of life and each other, with a little bit of sci-fi geek thrown in for good measure. We loved their story and their vibe and thought you might also enjoy learning a little more about them.

It all began back when college sophomore, Jessa, was feeling rather spare one afternoon and decided to post on her school’s Doctor Who Club wall on Facebook, to find out whether anyone was keen to catch up on a few episodes with her. A friend of hers responded and a friend of his saw the response and decided to join for the ride. The two of them obviously had a great time watching DW and ended up exchanging numbers, only to discover that they had even more in common…math puns were the order of the day, need I say more? 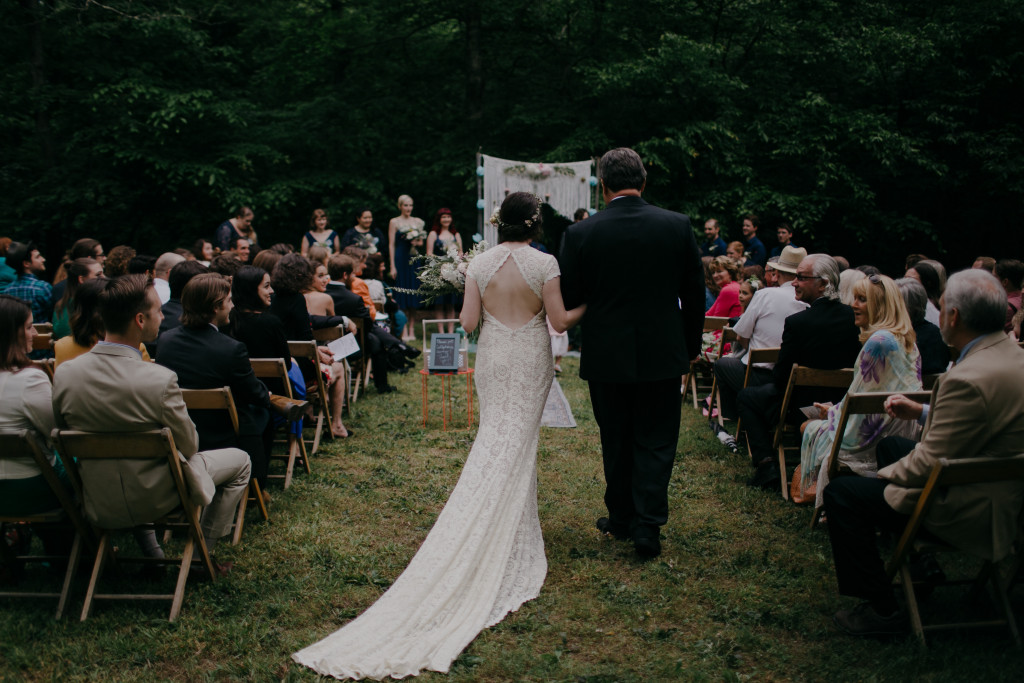 Although they were both leaving Nashville soon to study abroad, Jessa in OZ and Sam in Denmark, it didn’t stop Sam from asking Jessa out. Sam must be a true, old fashioned romantic because on that first date he planned an elaborate scavenger hunt for Jesse, which ended with him waiting on the steps of the Nashville Parthenon with flowers in his hand!

The couple, studying in different places, made a habit of travelling together and after three years of dating, decided on a trip to Thailand; where they took a day trip to the magnificent Erawan Falls. The couple hiked higher and higher to get to the top of the falls and hopefully escape the prying eyes of the crowds of tourists who were there that day.

Somewhere close to the summit, Sam spirited Jessa in to a glade off the beaten path and began a speech professing how much he loved her. About half way through, two Russian men in Speedos (and only Speedos!) walked awkwardly into the glen with them, they stood…sort of uncomfortably, staring, before the couple decided to move further up the trail to escape. The Russians followed for a distance but eventually moved on in their own direction. To be safe, Jessa and Sam scrambled down a small cliff and found an extra private spot. Sam got down on one knee and asked if Jessa was keen, obviously she replied: “Heck, yes!” 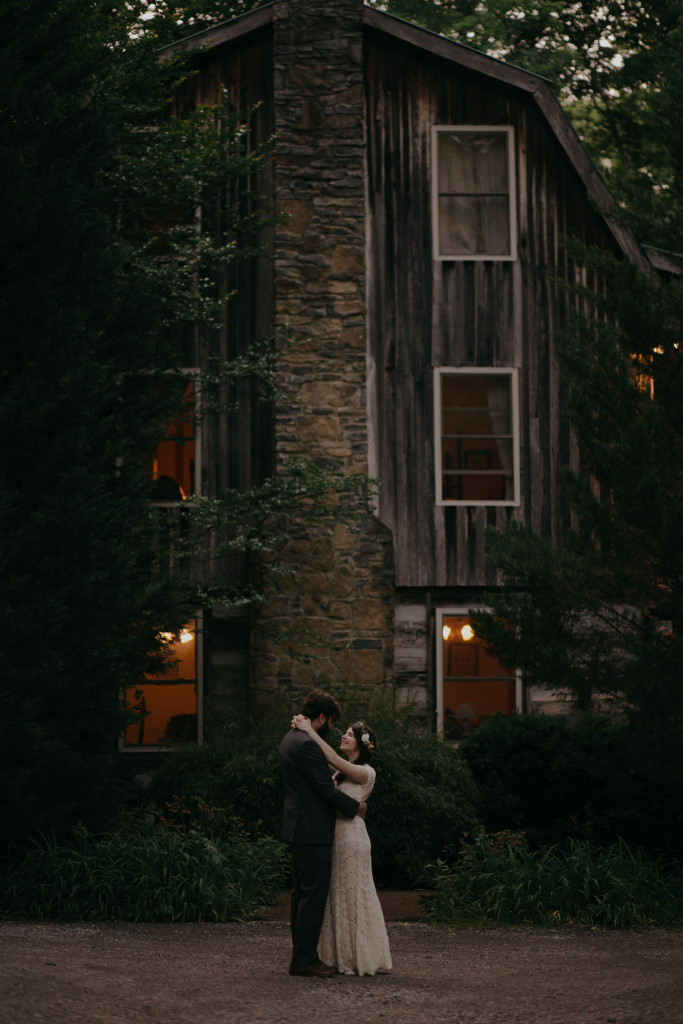 They decided on an intimate wedding, with 100 people, and as many DIY elements as possible, in order to, hopefully, save a little money. Jesse now knows that a dream wedding is possible on a tight budget, as long as you’re willing to do a little grafting. As is so often the case, it’s those DIY elements which end up stealing the show, because they are the most self-expressive and the most sentimental.

Jesse enlisted the help of everyone in her creative circle, Save the Dates and Invitations were done by her friend at Prestige Press and another friend arranged the flowers (garden roses, ranunculus, thistles and eucalyptus…very boho!) Together with an assortment of pies and gluten free cupcakes, Dulce Deserts provided a killer wedding cake, red velvet cinnamon with buttercream on the outside and white chocolate frosting on the inside. 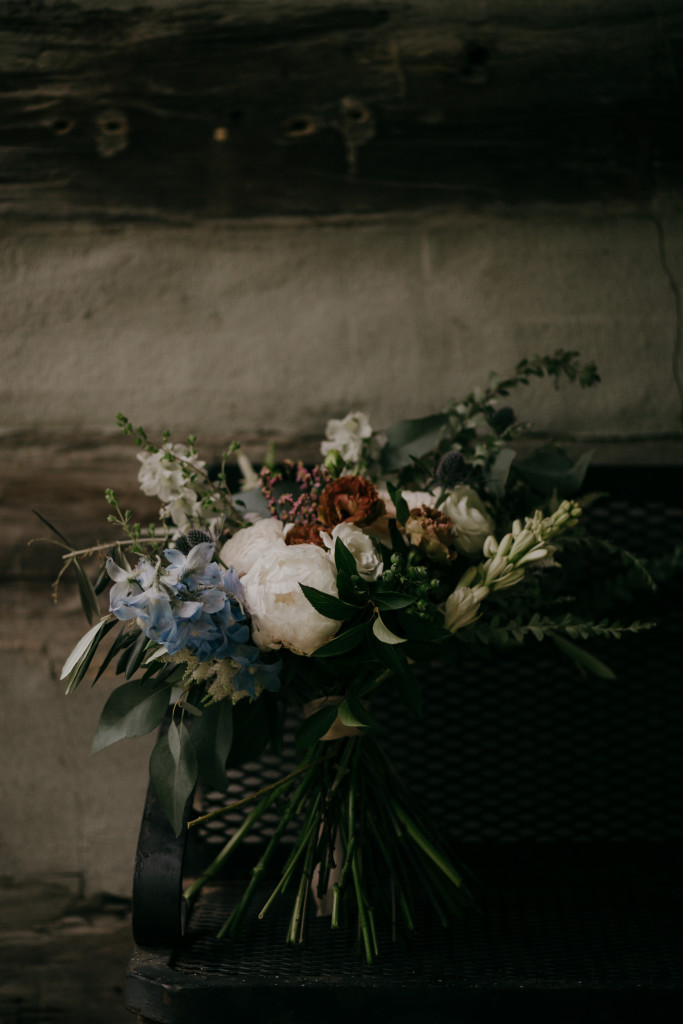 A thoughtful detail was the crocheted table cloth for the head table, 66 inches long, white yarn with colorful tassels, handmade by Jessa over 5 months. It was a rush to get finished but it ended up looking amazing and they still get enjoyment out of it in their dining room every day.

With self-written vows, which included mentions of advanced math and Netflix, the couple wasn’t about to lose sight of who they are on their wedding day, especially when it came to Jessa’s wedding dress. Jesse did all her research online but most of the designs she loved came with price tags far beyond her budget. Jesse was overjoyed to discover Dreamers and Lovers, our bespoke bohemian wedding dresses are everything she hoped for and more, all at an affordable price! 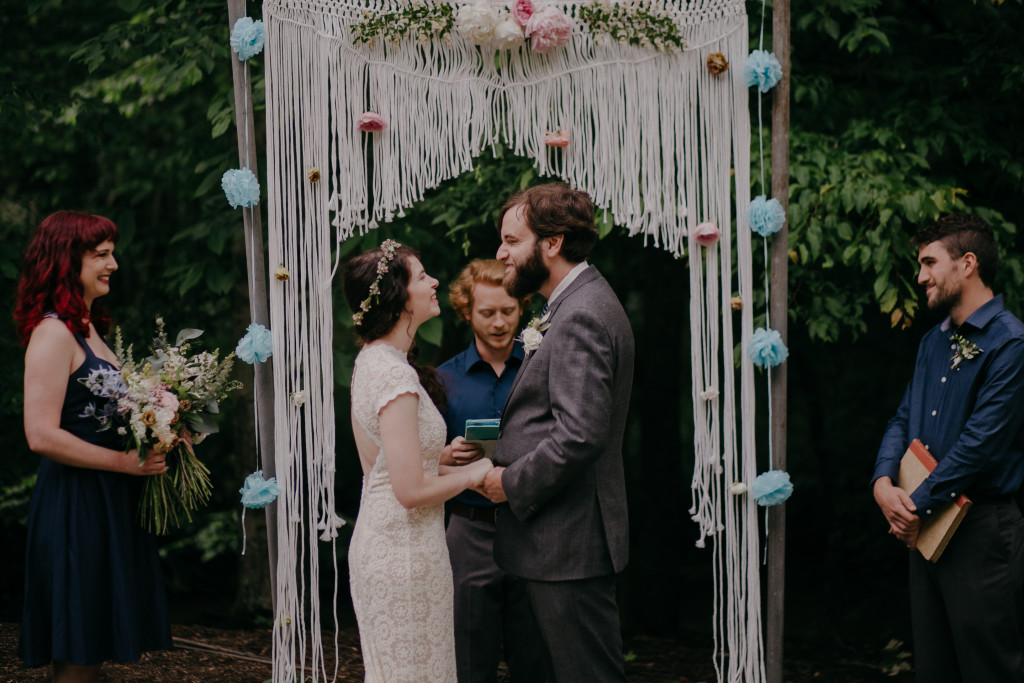 Jesse popped into the Dreamers and Lovers studio and tried on a number of our enchanting and simple boho dresses, remarking that the dresses were far more comfortable and beautiful than any of the other’s she had tried on in her search of other stores; she knew that Dreamers and Lovers was where she would buy her dress. Jesse looked picturesque with her floral crown and exquisite ivory paneled, lace wedding gown from Dreamers and Lovers. Jesse and Sam look like a match made in boho heaven, such a happy, laid back couple.

Now, when it came to their special day, Jessa says that the biggest challenge was relinquishing control, trusting others to take over so that she could relax and enjoy. When it was realized that there were 6 bridesmaids and only 5 groomsmen, one of those fortuitous concessions was made…best man…man’s best friend…pretty much the same thing right?! The couples trusty dog, Dax, walked the 6th bridesmaid down the aisle, in pedigree bohemian style. The couple’s couch came along for the reception and there Dax lazed in bliss as the guests stopped by one by one for a cuddle.

It’s refreshing to see Dax present in the wedding photos, so often our best buddies are left behind because it doesn’t occur to us that they might also enjoy the special day (pies included). It goes to show, family, friendship, love and harmony are all you need to pull off the perfect day, plus a willingness to get creative and break the mold with the details, dress included! 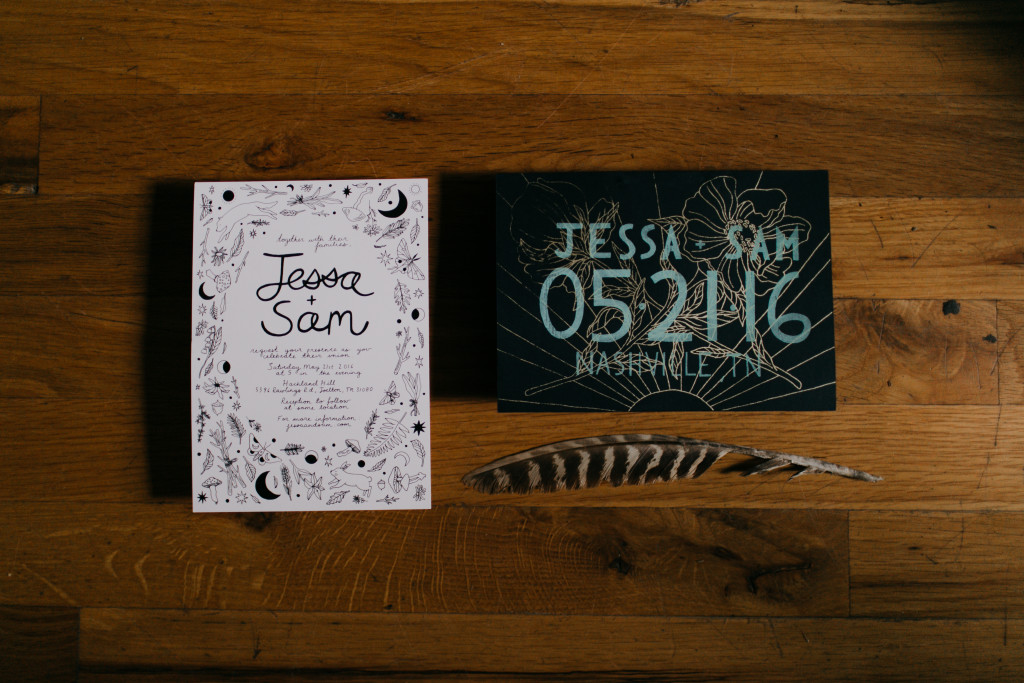 We at Dreamers and Lovers wish this shining couple all the best for the future, may their family grow and their lives be filled with joy (and many more episodes of Doctor Who).