A Love Story Conceived on the Internet

A Love Story Conceived on the Internet 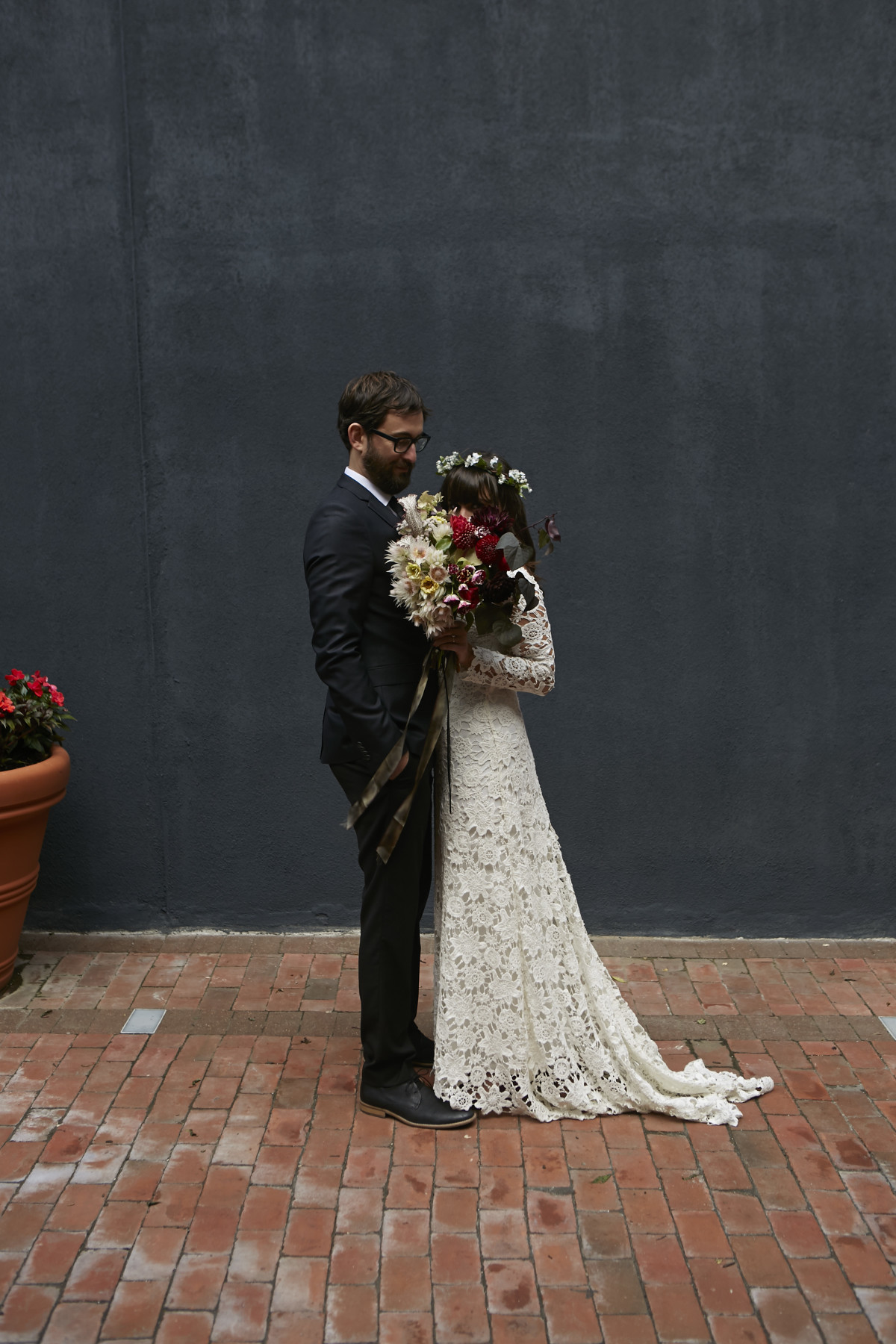 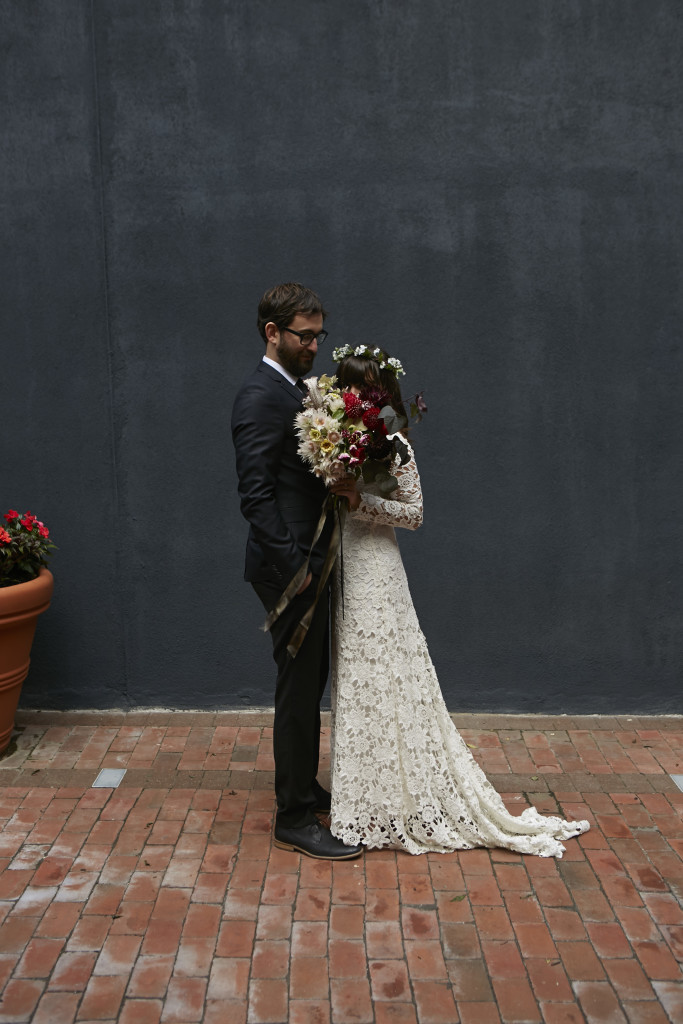 Those of us who’ve turned to online dating sites in the hope of finding our perfect match, who wonder if it’s even possible or whether it’s too much wishful thinking…have no fear, here’s proof that dreams can come true over the internet! Beautiful Emily and her stylish groom are every bit the Dreamers and Lovers couple, not just their laid back boho-chic style but the many ways in which their meeting and their wedding were unconventional. It’s a refreshingly romantic story and that’s why we know you’ll just love it!

“Believe it or not, the happy couple actually met on OKCupid, one of the Internet’s many dating sites! It all began when he sent her a message asking if she thought man could survive on snacks alone.”

Believe it or not, the happy couple actually met on OKCupid, one of the Internet’s many dating sites! It all began when he sent her a message asking if she thought man could survive on snacks alone. Emily must have enjoyed the question and he must have been intrigued by the answer because a few days later the pair met up at a dive bar (this is where your mother would say “it’ll never work” and yet…). Alas! He met none of Emily’s criteria but as it turns out, that didn’t seem to matter. Life, as they say, is full of pleasant surprises.

So it happened that one day Emily was once again pleasantly surprised when her significant other declared “pack your bags, we’re leaving for Paris in the morning.” She did and they did and it turned out to be a magical, life changing experience. After locking a padlock on Lover’s Bridge (to stay in Paris forever) the couple took a ride on a ferris wheel where, at the top, in the sunset, overlooking the Eiffel tower…he asked her to marry him! Seriously?! Emily (no doubt forced into by the sheer romantic splendor of it all) could only say yes and start to cry. The old Parisian operating the wheel took one look at Emily and inquired “probleme?” When she answered “we’re engaged” with the tears streaming down her cheeks it became clear the Parisian spoke no English with his concerned response “probleme?”

“As it turned out, the only real “probleme” was that of finding a dress…a massive source of stress for bride-to-be Emily, who knew that run of the mill, puffy satin monstrosities were not at all what she had in mind!”

As it turned out, the only real “probleme” was that of finding a dress…a massive source of stress for bride-to-be Emily, who knew that run of the mill, puffy satin monstrosities were not at all what she had in mind! She knew that there was a difference between looking like a timeless, elegant bride and looking traditionally overdressed. Emily was banking on the former option. A few visits and fittings at standard bridal shops later and Emily was more discouraged than ever. She was lucky enough to discover Dreamers and Lovers online and tried on her chosen dress in the comfort of her own home. Delighted beyond belief, she didn’t want to take it off. The embroidered cotton lace was comfortable enough to sleep in but she decided she’d better save it for the special day. “Probleme” solved! 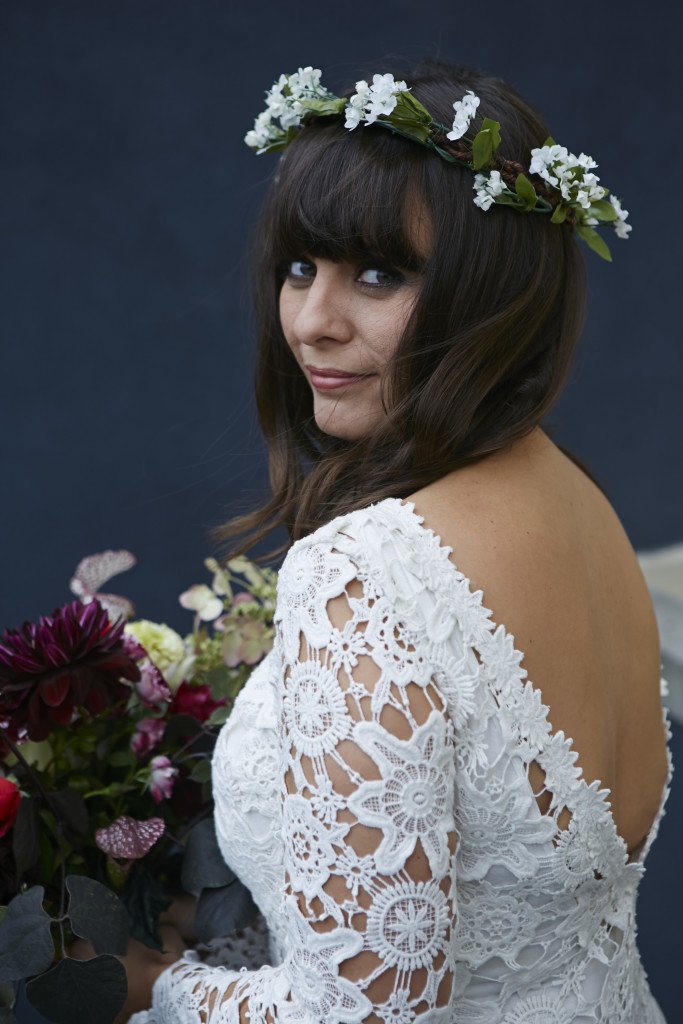 Emily was like a bohemian princess, in her simple, laid back wedding dress with a flower crown and a bouquet which looked as though Emily had run through a spring meadow on her way and picked them as she went! On the morning of the wedding her mom gave her a box containing her uncle and her grandma’s ashes and the engagement ring her grandpa had bought for her grandma in the barracks after he was drafted. Emily tied the ring on a ribbon around her bouquet, a hidden detail that meant the world to her, her favorite detail.

As with so many creative Dreamers and Lovers weddings, it was the quirky, thoughtful details, which truly stood out and made this a day to remember. It was to be a small wedding with 130 honored guests and the couple began their quest to make each guest feel special a full year before the time by typing out individual place-cards for every guest. The cards explained why each guest was special to the couple as an individual and why their presence at the wedding was so important. It was challenging and time consuming but this incredible detail brought everyone closer together on the day and will never be forgotten. The day was filled with so much love, not just for the couple but for everyone present. Emily advises anyone who’s planning their wedding to take the time and go the extra mile to make their guests feel honored.

Emily also says that it’s vital, when planning, not to let yourself get stressed about the details. Her attitude was always that, as long as everyone’s together, they could always just order pizza and eat on the floor if all else fails. It’s this attitude that makes every thing, which goes right on the day so much more enjoyable!

“The couple overheard many a “you should or shouldn’t do it that way” leading up to the day but staying true to themselves was all that was really important.”

The couple faced a lot of challenges in planning, not least of all the barrage of unwanted advice and criticisms from people who opined that there was a specific way things needed to be done. The couple overheard many a “you should or shouldn’t do it that way” leading up to the day but staying true to themselves was all that was really important.

The vegan couple, worried about where to find a cake, enlisted a friend, who was a baker, to bake their 150 vegan cupcakes and a mini red velvet cake to cut at the reception. 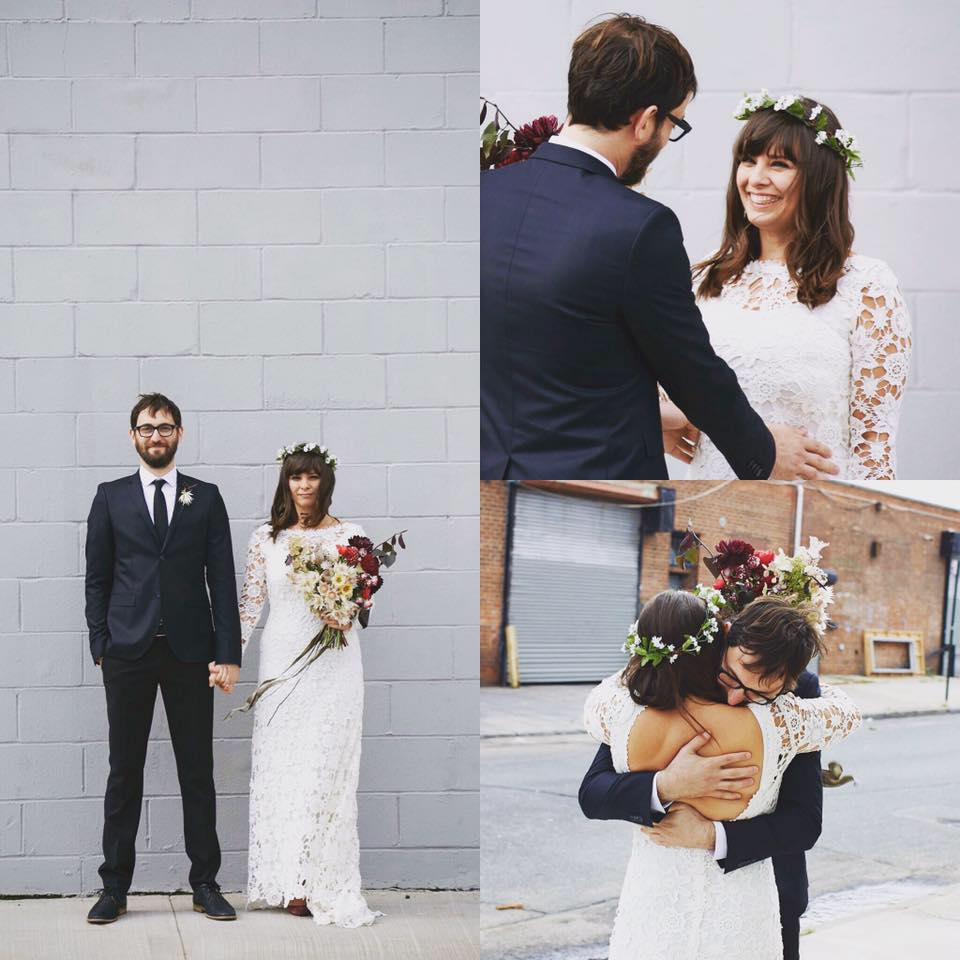 Amongst the readings at the ceremony were a beautiful poem written by Emily’s sister in-law and something written for the occasion by Emily’s childhood best friend. Both pieces were kept as a surprise for the day and the couple was glad that they chose to do it that way. When Emily’s mom got up to dance with her daughter (having raised her as a single mom), half the room was moved to tears when they heard that the song was in fact Emily thanking her mom for all her hard work and struggle over the years, recorder over background music.

Emily remembers their vows with a twinkle in her eye and advises every couple to do as they did and write their own. She hates to chose a favorite part but from her husband’s vows Emily chose: “But what I can promise, easily, is that as we continue building a home and a life together, I will love you every single day. All other marriage vows naturally stem from that single promise. Loving you means promising to never take you for granted. It means promising to always care for you, to trust you, to go on adventures with you so we can create new memories to cherish—even if it means venturing out of my comfort zone. It means promising not to stand too close to the edge of the subway platform. Loving you means pledging my life to you, growing with you, and smiling so hard my face hurts.”

Next on the cards for the newlyweds is a baby, who they’re expecting in just 2 months time! Baby #1 was conceived on honeymoon in Greece and Emily insists that a few weeks in Greece is always good for the fertility! We wish them all the best of a lifetime filled with dreaming and loving and continuing to be unapologetically, uniquely themselves! Congratulations!