Sadie and Joel’s Meant to Be Romance

Sadie and Joel’s Meant to Be Romance 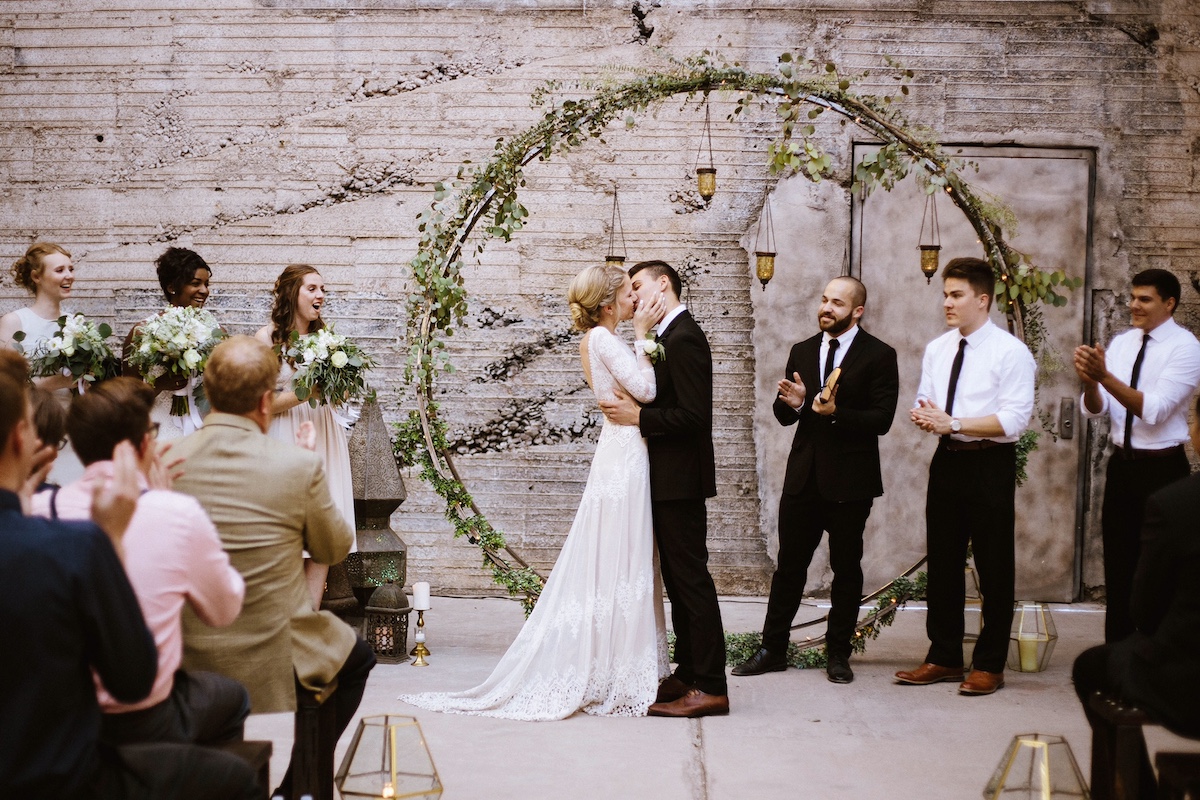 How She Became a Part of the Gang of Guys

The story of how Sadie and Joel got together is really cute, to say the least. They’d met at the age of 11 when they attended the same church and they grew up seeing each other across a room full of students. Conveniently, Joel has his birthday on Valentine’s Day and when that day came in 2015, Joel’s buddy decided to have a little fun…or maybe Joel was behind it all along, we’ll never know.

His friend told Sadie it would be great if she could join them because the whole Gang was going out for his birthday celebration. Little did Sadie know she was the only girl they’d invited (awkward) and it was, she later discovered, completely intentional.

Finally no more silent acknowledgement from across a crowded room, after that they were on speaking terms, plus more. So, one year when Joel was on Spring break and Sadie was set to leave on a trip the following week, they decided to spend a Saturday together. He picked her up after lunch and they spent the rest of the day discovering new coffee shops, picking through old records and scouring the shelves of quaint treasure trove libraries.

It was getting close to sunset when Joel announced that they should find a park to settle down in and read for a bit. They soon found a lovely park to stop at but Joel seemed put off by he abundance of activity, bubble kids and basketball players. They made their way to a second park which, annoyingly, was just as crowded. Joel seemed slightly frantic when he pulled up at a nearby field, pulling out the blanket and announcing: “This will do!”

After reading quietly for a short while he pulled out a scrap book with chronologically highlighted milestones and special moments in their relationship in it for her to look through. When she made it to the second last page, she found an arrow and the words: “The Next Chapter,” scrawled there and on flipping the page she found four Polaroids that Joel had taken of himself holding signs that said: “Will you marry me?” As if that was not enough, when she looked up, he was on one knee, ready to ask her in person.

As for the dress, finding Dreamers & Lovers wasn’t too difficult because back when the couple had been dating, Sadie had happened upon an Instagram picture of one of their laid back gowns and had made a mental note of how beautiful it was…just in case she’s be needing a similar one down the road. A year passed and there she was, looking like a bohemian princess in the exquisite Lisa boho wedding dress.

Planning a Wedding in 2.5 Months

The biggest challenge for Sadie was the fact that she was in her last year of college, had just started a new job and had only 2.5 months to plan. Yet, in spite of the crunch factor, she still recommends a short engagement.

Sadie says that she was concerned with burdening people by asking for help but soon realized that her friends and family actually wanted nothing more than to be a part of the planning process. Sadie was blessed to have friends and family members who ended up making her vendor list and making the day of her dreams possible, hairdresser, florist, coordinator, photographer and baker!

Sadie and Joel invited 40 people to the ceremony, just their immediate family, and 175 to the reception.

Some scriptural readings were done during the ceremony and then the couple read their own, self-written vows. Sadie’s favorite line from Joel’s was: “I vow to love you every day for the rest of our lives, unconditionally, no matter how you change or what life brings our way.” Her favorite line from her own vows was: “Here and now, I choose you, forever, until death do us part.”

The Wedding Vendors Who Created Magic

Since Sadie used to work as a florist’s assistant and knew the florist well, all she had to do was tell her the colors and theme and she ran with it. She knocked it out of the park with simple yet stunning white roses, baby’s breath and eucalyptus. Also one of Sadie’s favorite features on the day was the huge floral wreath positioned as an altar. It rounded everything off and made it look so beautiful.

Cake was French Vanilla Cupcakes with Buttercream and everything was enjoyed on tables that Sadie felt were decorated to absolute perfection.

Next on the cards for this sweet couple, Joel is prepping for grad school and Sadie is now working full time. Little ones are definitely in their future but they’re going to wait to get settled first. We wish them all the best of life and love!

The Lisa has been featured several times on a variety of brides, see a few of them here and another here